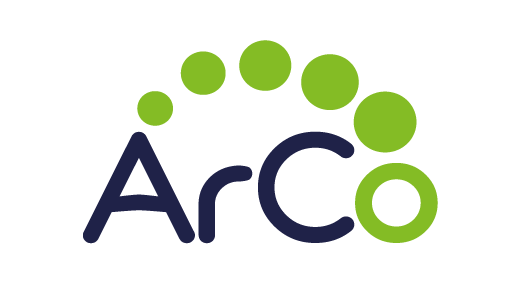 In November 2017, STLab started a thrilling project with the Italian Institute for Catalogue and Documentation of the Italian Ministry of Cultural Heritage (ICCD – MiBAC), named ArCo (Architecture of Knowledge), as part of the project dati.beniculturali.it, for cultural heritage enhancement through the publication of ontologies and LOD.

The starting point of the project is the General Catalogue of Cultural Heritage, that is a database collecting and organizing information on the Italian cultural heritage: from all over Italy, catalogue records, as files in XML format each describing a cultural object, are uploaded in SIGECweb, an information system, and the publishable ones (~800.000) are imported into the General Catalogue.

This enormous amount of data was available, but not in LOD format! So, we were strongly motivated by the possibility of publishing and interlinking these invaluable data with other LOD of the same domain or related domains and of building an ontology that can act as a standard for the description of cultural heritage. Indeed, today we have ontologies for specific typologies of cultural heritage, or for specific problems and approaches, but we don’t have an ontology that aims at covering the whole domain with a high level of detail.

Do you want to know more about the domain?

This is a domain with a high level of complexity: there are 30 different typologies of cultural heritage, that have a lot of characteristics in common, but also many peculiar pieces of information (e.g. the coin issuance). Also, the descriptive information has a high level of detail: for a cataloguer is possible to record information about measurements, history, locations, exhibitions, documentation, authorship, inventories, the subject represented on the cultural object, relations between different cultural properties, etc.

The study of data is accompanied by the study of the regulations of ICCD, created to support cataloguing activities.

Let’s move to the core activities of ArCo project!

With ArCo, we wanted to involve not only our main customer, i.e. ICCD, but also other stakeholders, such as companies, interested in using our ontologies and data: through a mailing-list, the GitHub issue tracker and live meetings we built an active community that helped us in the definition of the ontology requirements and in the testing activities and we managed an Early Adoption Program, with four selected companies as early adopters of ArCo: Regesta.exe and Synapta talked about it on their websites!

We wouldn’t have been able to involve such a community if we hadn’t release our data and ontologies very early, with unstable versions: we have just released the docker containing the fifth unstable version of ArCo (0.5alpha). Have a look at what’s inside a release: guides, the ontology network (seven modules each with its own namespace and satisfying a subset of requirements) with documentation, data to download, a SPARQL endpoint, examples of SPARQL queries! 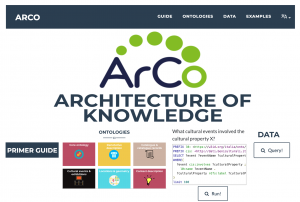 You can try our ontologies and query our data through the running instance online of the docker, here!

The docker and all the results of ArCo are also on Github, so click here if you want to download the release or open new issues for corrections and improvements!

Don’t worry, a stable version of ArCo is already planned, you just need to wait the end of March to go on the MiBAC official portal and see it!

Frames, Artificial Intelligence and Perspective starsA Proposal for a Two-way Journey on Validating Locations in Unstructured and Structured Data