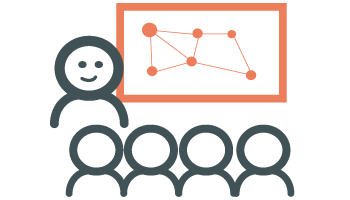 The slides of the keynote talk “Looking for Commonsense in the Semantic Web” by Valentina Presutti are now available here.

Where are all the Semantic Web agents? There are billions of “machine readable” open facts on the Semantic Web, i.e. Linked Open Data (LOD), isn’t that enough? It looks like it’s not. We’re still far from seeing Lucy’s and Pete’s agents brilliantly solving their tasks with the help of other Semantic Web agents they can trust (Tim Berners Lee et al., The Semantic Web, Scientific American (2001) ). Despite its technological impact on many applications and areas, the Semantic Web promised to cause a breakthrough that we didn’t yet experience. One issue is that LOD ontologies are not as linked as they should be. Another issue is that formalising only semi-structured Web pages or databases is not enough for making them able to operate. They also need to reason with commonsense knowledge, the encoding of which is a long-standing challenge in Artificial Intelligence. A third consideration is that most existing commonsense knowledge bases lack formal semantics and situational constraints. In this talk I will advocate the role of the Semantic Web as a provider of a knowledge graph of commonsense to Artificial Intelligence, and discuss ways and obstacles towards the achievement of this goal.