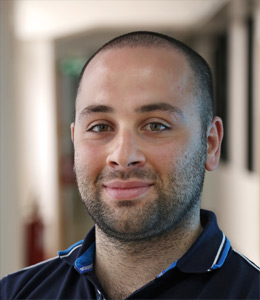 Despite his young age Luigi is a brilliant researcher, enterprising and curious. He is hungry both for knowledge and for good food!
His enthusiasm for the job is contagious and he does not stop in front of any obstacle.

Luigi is an Assistant Professor at the Department of Classical Philology and Italian Studies of the University of Bologna.
He obtained his master’s degree in computer engineering at Sapienza University of Rome in 2014. In 2015 he joined the Institute of Cognitive Science and Technology of the CNR in Rome as a research fellow. In 2019 he received a Ph.D. in Computer Science and Engineering from the University of Bologna. He took part into multiple research projects in the cultural heritage (i.e. EcoDigit, ArCo 2, ArCo 4 Science, Atlas of paths and IDEHA, Cultural-ON, SPICE, NEPTIS, Portale delle Fonti per la Storia della Repubblica italiana) aimed at developing ontologies and knowledge graphs to formally describe and enhance the dissemination of the cultural heritage. He also actively contributed to the following Italian and European projects: FOOD, MARIO, SI Robotics, and ISPRA.
He has served the scientific community by co-organizing international research events, participating to multiple conference and workshop program committees, reviewing papers for international journals, conferences and workshops. He has co-authored scientific papers for international conferences including IJCAI, AAAI, ISWC, EKAW and ER. Currently his research work focuses on developing empirical methods for knowledge representation and on extracting, engineering and analysing ontology-based knowledge graphs. The main application domains he is investigating are cultural heritage, social robotics and common sense knowledge.